Kratom Source is a website dedicated to the magical healing plant that is kratom. 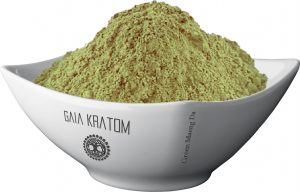 When used responsibly kratom has many benefits. Its most common benefits include helping with anxiety and depression, treating opiate addiction and withdrawal. It also does wonders for managing chronic pain. Alternatively there is a potential for abuse and it can be addictive.

The main goal of this website is to advocate for the proper use of kratom and to properly educate about this amazing plant! With the recent surge in popularity of kratom in the US there are a lot of mixed opinions and misinformed people out there. We are here to provide up to date news, articles and unbiased reviews of current kratom vendors.

Mitragyna Speciosa (commonly known as kratom) is a tropical tree native to Southeast Asia. In cultures

where the plant grows, it has been used for hundreds of years as a natural medicine. Today it is used for both medicinal and recreational purposes. Generally people use and buy kratom in the form of a powder. The powder comes from partially mature kratom leaves harvested from fully mature trees. The leaves are washed, dried in the shade, then ground for optimum texture.

There are many different strains of kratom. Most commonly the strains are grouped into three main categories, greens, whites and reds. The colours come from the colours of the veins in the kratom leaves. Different kratom strains yield different effects on the user. Typically greens and whites are known as more energetic strains and reds are known as sedative strains.

Generally kratom is ingested in either capsules or the raw powder is mixed with a liquid. A typical dose would be anywhere from 2-6 grams and last as long as 3-8 hours. It can have psychoactive active affects such as stimulation, relaxation and euphoria depending on the strain and the person. In the brain, the main chemical in kratom, 7-hydroxymitragynine attaches itself to the opioid receptors giving opiate like affects to the user.

Today, kratom is being used to treat health issues as well as for recreational uses. We believe that both uses are okay as long as the user is well educated and uses the plant responsibly. With kratom there is a common saying,”less is more”. When you start increasing your doses you can reach a point where the plant is not doing much for you anymore and you become somewhat dependent on it. The trick is to taper down to smaller doses. With kratom, a smaller dose can go just as far if not further than a larger dose.

On 30 August 2016, the DEA announced its intention to place the active materials in the kratom plant into Schedule I of the Controlled Substance Act as a warning about an imminent hazard to public safety. This was met with strong protests among the kratom community who use the plant for medicinal reasons. A white house petition against the scheduling of kratom was signed by over 140,000 people. In October 2016, the DEA withdrew its notice of intent while inviting public comments over a review period ending 1 December 2016.

Today kratom is in a grey area, where it is not approved by the FDA to sell for human consumption as a supplement. Most Online vendors sell the products with an attached disclaimer reading “not for human consumption” or “our products are sold for botanical and research purposes only”. For these reasons we believe it is very important to educate the general public about this magical plant.

Iconic One Theme | Powered by Wordpress